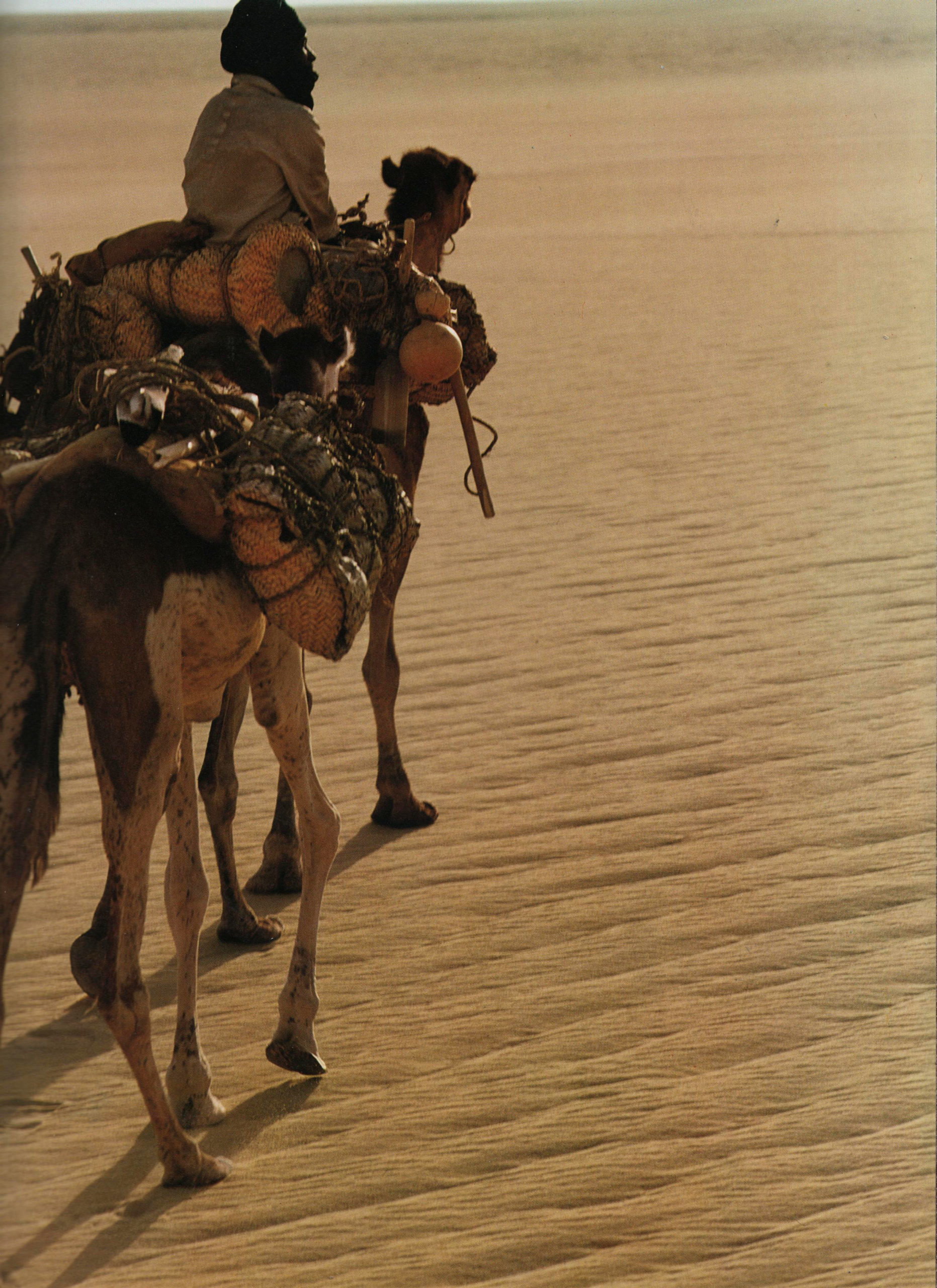 Caravan outrider near the Oasis of Lame Kaiila..

[Oasis of Lame Kaiila in Secondlife]

“On foot, on the trail, they would have only enough water to reach the tiny oasis of Lame Kaiila, where there would be for them doubtless sympathy, but little aid in the form of armed men. Indeed, it lay in a direction away from Nine Wells, which was the largest, nearest oasis where soldiers might be found. By the time word of the raid reached Nine Wells the raiders might be thousands of pasangs away.”
(“Tribesmen of Gor” page 136)

“The desert is my mother, and my father.”

Tribesmen of Gor, the tenth book in the Gorean series, details the Tahari region of Gor, a huge desert and wasteland with surrounding villages and cities. The book concerns itself with both the city dwellers of this area and also the nomadic tribesmen of the desert. The people in this area resemble in many ways the Arabic cultures of Earth, especially the Bedouins. The plot of this novel revolves around a Kurii plan to destroy the entire planet of Gor using a mighty explosive. The explosive is hidden deep within the dune country. Agents of the Kurii try to start a war between the Aretai and Kavar tribes so that no one will enter the desert. But, Tarl Cabot is able to thwart their diabolical plans, aided by a Kur who did not want to see Gor destroyed.

People of the Tahari

The Aretai are a major tribe of the Tahari, their vassal tribes are the Arani, Luraz, Ravir, Tajuks, Tashid, Ti, and Zevar. The other major tribe is the Kavar and is a foe of the Aretai. The war cry of the Aretai is ‘Aretai Victorious!’.

The Kavar is the other major tribe of the Tahari and is often at odds with the Aretai. Their vassal tribes are the Ta’Kara, Bakahs, Char and Kashani. Their war cry is ‘Kavars Supreme!’. Their mark is a blue scimitar facing outward from the body on the right forearm. Weapons include the Weapons sleeve dagger and scimitar.

The major tribes were ruled by Pashas. The Pasha often resided in a Kasbah, the fortress.

Men also wear the kaffiyeh and the agal. The kaffiyeh is a squarish scarf, folded over into a triangle, and placed over the head. Two points of it are placed at the side of the shoulders. One is placed in the back to protect the back of the neck. It is bound to the head by the agal, several loops of cord. The cording indicates a person’s tribe and district in the Tahari region. Some men, generally in the cities, may wear a head scarf, a wrapped turban of rep cloth. This protects the head from the sun and does not permit sweat to escape. Among lower-caste men, it can also provide a soft cushion for boxes and other burdens. You simply steady the burden with your right hand. In doors, men commonly wear soft, heel-less slippers with extended, curling toes.

Slave girls in the Tahari often wear chalwars. These are baggy pants of diaphanous silk, gathered in closely at the ankles. They are worn low on the hips, several inches below the belly button. They are similar to the harem trousers of the middle east region of Earth. They may also wear a silk vest with the chalwars.